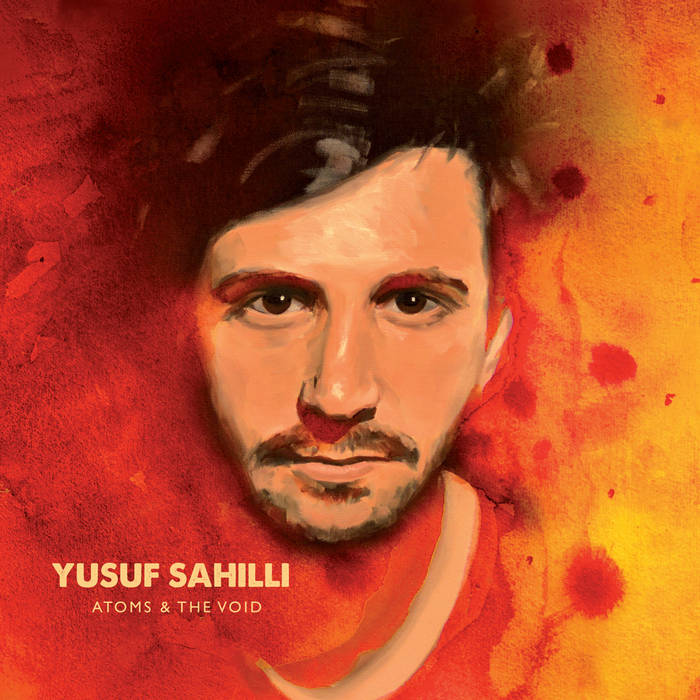 Artist Info
Yusuf Sahilli might sound like a blues man, or a new romantic, growling about wild nights spent searching, or letting his sweet tenor voice indulge in lustful melancholy moods. Fully buzzed on global sounds and brimming with boundless feel good passion and sympathy for the whole wide world.

Half Turk and half Arab. German education. Lived in Australia and Liverpool. Travelled the world. Works for a global player in international pop music, promoting artists from Africa to the Big Apple, Nubian Classical to Hip-Hop, Arabs to Jews.

He is open-minded, affable, sociable. Fancies a little party – or a big one! Likes things fast. Carries a smile behind his shades. And takes his guitar, keys and pedal steel to lend an Indie Rock / Nu Folk / Global Pop thought to the meaning of it all.

What are we really doin’ on this planet? Where are we goin’? What will remain of us when we leave? And what are we runnin’ on before that will happen? Last one is easy – love and compassion! If those are assured, things will fall into place pretty fast. Even with the help of the coffee grounds that finally persuaded his father to buy him his first electric guitar.

Young Yusuf - raised on Arabesque and Modern Classic, had connected to the Alternative Rock soundtrack of his generation and dug deep and fast into the history of the trade. From the Rock dinosaurs and the golden age of Pop through the Hippie era, the Beat of the Sixties and the protest movement right down to the founding fathers of the Blues in the Delta.

Backed by his duo of faithful companions Damian Giambazi and Martin Krümmling – the three piece bring their enticing Indie Rock breed on stage with plenty of grace – three part harmony vocals and all.

Release Info
Sweet or bitter, hot or cold, black and white or in color? “The truth is, there are only atoms and the void”.
There’s only a little room for something in between the atoms – love. What else could keep us goin’? “Life is not forever but love might be”!" (“Crashin’ In”). Conditio humana’s tough day-to-day reality that not a single soul was able to overcome yet.

21st century. Metropolis Berlin. Magnetic playground, safe harbor and limbo alike for entire generations of young digital natives from all over the world. In between – Yusuf. A job in global music. Berlin born and raised – roaming from one arena to the other, one amusement to the next – and off he is again. “Is this all that we need?” – what is it that really matters in life? Or is the game already up? (“The Game Is Up”)

Yusuf’s music wraps up doubts, discrepancies, conflicts and all the errors in the system in garments of harmony, longing and lenity. Then relief. With a sexy topping of shakin’ that hip and rockin’ it – goes without saying. (“No Way Out”)
Lament – and then have a laugh (“Icarus Falling”). But don’t leave it there. You may very well take the void between the atoms a little seriously. And the void between people, too.

Yusuf Sahilli might sound like a blues man, or a new romantic, growling about wild nights spent searching, or letting his sweet tenor voice indulge in lustful melancholy moods. Fully buzzed on global sounds and brimming with boundless feel good passion and sympathy for the whole wide world. ... more

Bandcamp Daily  your guide to the world of Bandcamp

Cannibal Corpse's George "Corpsegrinder" Fisher stops by for an interview